This may be a delayed post, but it's still really resonating with me in a good way.

Just before easter, I went to the twerking class of "Aussie Twerk" queen, Kristina Moskov. There were people who'd never done a twerk class, or those who had been doing the three nights of classes she was running. I was in a slightly unique position, however.

I'd already done a twerking class during my trip to the United States last year with Burlesque star Peekaboo Pointe.

I can talk for ages about how amazing and hard in a good way both these classes were. Because quite simply they both were and both are amazingly talented teachers who love what they teach.

What I would like to discuss is what was different about both classes despite the same subject matter and why both were important to the development of my movement repertoire.

I'll start with the first class I took: Peekaboo Pointe's. This class was a twerking class, however, what the point of the class was that it was to teach you how to assel-twirl. The different twerking techniques were used to gain the speed and twirl power needed. This class was definitely gearing obviously to the burlesque crowd more than Krista's. a highlight of this class was learning how to "booty clap" and make it look classy instead of stripper like. Peekaboo definitely made it more like this was a nice addition to the repertoire, rather than the steps your should use in your next burly routine.

Another part of Peekaboo's class was that it was also about feeling that movement in your body. Sure, you could do the movement, but if you weren't actually feeling like you were shaking your ass-fat off you muscles, you weren't doing it right! It was empowering to actually feel your body move like that and not be ashamed that it was moving that way because it was actually what it was supposed to be doing!

Now to Kristina's class. I actually loved this class. Kristina is such a wonderful, positive, fun teacher who took the time to make sure each student was getting the movement just right. This class was definitely about the technique though, and how! I was really glad of this because while shaking a certain way and doing the movements to make a tassel swing around your ass in cool new ways is awesome, getting the basic movements down and how they work to become a muscle memory in my body was also a nice "click" moment in my brain, despite the fact my body was also thinking "my body doesn't move like this, I don't like it!!!!!", and is definitely helping the movements become more fluid rather than the jerk to get the tassel around.

I also took the the "twerk-zotic" class that was run, this was actually a slower movement class than the previous two, and the pops of the twerk were more pronounced and slower in some sequences making a more sensual movement than the straight "ass ass ass" as I like to call it dancehall movements you see in modern music videos. I thought that was also very friendly to those who are frightened of how much hard movement there will be.

Don't be fooled though, if you have knee/back issues, be careful when taking a twerk class as it could inflame them. warm up and cool down longer than the class gives if necessary.

Both of these classes really helped understand twerking more, learning the movements off one teacher I think may not have helped develop these movements as much as I wanted to see it development and i wouldn't have been happy with my assel-ing skills as much.

Peekaboo has 3 workout videos on Amazon. I am tempted to start not only building more on my collection of burlesque movies and docos, but burlesque workout videos, and may have to vlog myself doing them on youtube just to show the graceful awkwardness of my burlesque style!

Kristina is always doing classes around Australia and shes coming back to Perth in May! So get in on the action here! I promise you will not be disappointed! 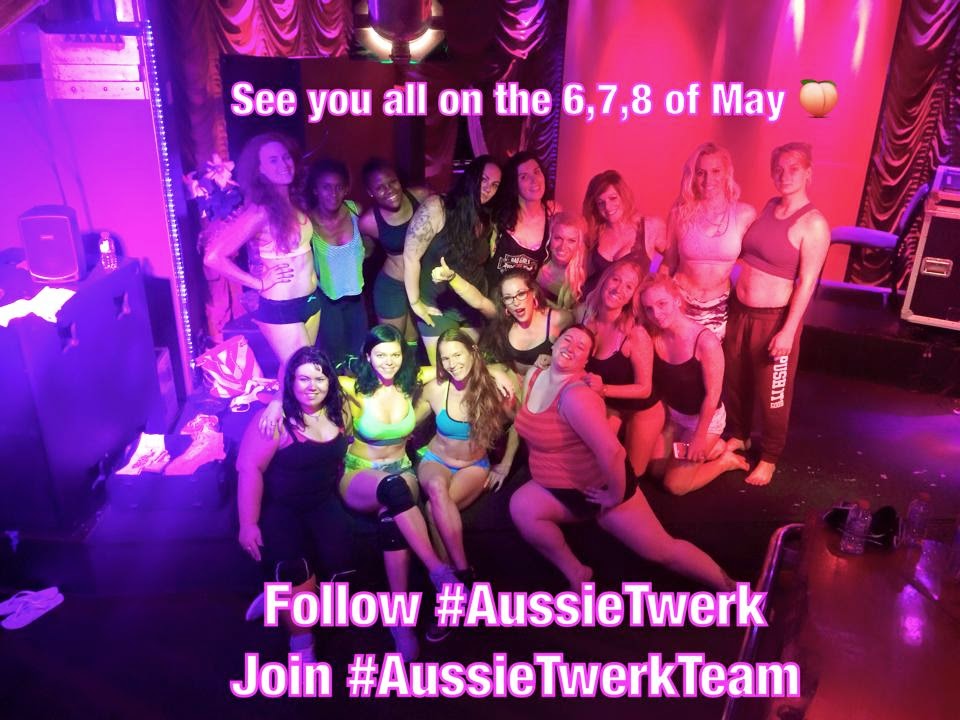