Well, Fringe is over for another year for me and I took part in four different shows and also one regular Burly Unplugged show, and saw many many shows and met and reunited with many awesome people. 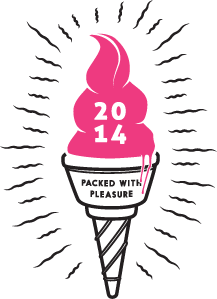 The great thing I loved is that it gave me inspiration for my own work, for going forward. For what I want to make which was an exciting feeling.

Firstly, I do want to say thank you to everyone I worked with this month, it's been a pleasure, an honour and a joy to do what I love with so many talented people. And to all the people I met, I can't wait to one day see you all again.

Next, the things I learnt from:

Pretty Peepers: Not having an MC during a burly/cabaret show is actually one of the most liberating things to watch, because the art becomes the glue of the show, not the person introducing the next act, It actually gave me a lot to think about. That and I REALLY love watching boundary pushing stuff and don't care that I may have been laughing the hardest during the show the night I went. That and I wish I'd seen their hula hooper when I was 21 and trying to be a hula hooper myself, she was stunning.

Comic Strip: Stripping and comics should be together more often, not just an MC making the jokes (I promise I'm not hating on MC's I swear! It's just been nice to see a change in the format!)

Reveal: That Perth can bring their own when it comes to Burlesque and Circus and Walt Jizzney just may be the sexiest thing around.

La Maison Derriere: That Vaudeville is not dead, and should come back, and that "blurred lines" and whipped cream I wouldn't have thought was a mix I would have liked.

The Atomic Bombshells: That face is everything and a costume should be an extension of your act, not just the clothing your taking off.

Oh Crumbs!: That even shows that felt a little rough around the edges can be amazingly entertaining and have some really clever ideas that you hope they build. Basically it was just a "I just wanna see good things happen those ladies cos they're a bit freaking awesome".

Peter Adam Scott's Book Fight: That a burlesque performer isn't afraid of taking off her clothes, she's afraid of opening her mouth sometimes. Or unintentionally making it hard for themselves to win!

Perth Audiences: Need to cheer and be a bit more rowdy, especially during boobs. I saw too many polite audiences that weren't sure how to behave at some events. Don't be afraid to cheer the stuff you like, you have no idea how much that helps a performer develop.

Midnight Burlesque: Sometimes, if done right, you can pull together a show in 3 days, and it to go amazing.

Burly Unplugged: A large cast can make things challenging, but it can still go off and be a labour of love you glad you did.

I learnt from doing my own shows about the importance of worrying about keeping yourself organized and worrying about yourself. If you have it together and no one has to worry about if you're going to have it together on the day then you're a success before you even get on the stage. If there's a mistake, fix it, make it not a big deal, roll with the punches and how it travels. It's the best advice I can give I can give after all this.

And NOW! I have MY OWN burly night I have in less than a month! Teasing Talkies! I'm starting an AV club of sorts and I would LOVE to see you there! If this works I have plans for this night in the future, but I need this first night to work, so buy your tickets now from HERE!