PIBF: Dark of the Cabaret show: The theme of the night is Glitter!

Next on my PIBF blog posts, its Friday night, the neo show called "Dark of the Cabaret" Although i think it should have been re-named "glitterbombings for everyone!!!!"

I think there managed to be 2 acts in a row with glitter finales, one including a set of glitter cannons, one with a sand circle, a tequila drenching, lemon squeezings. It was the most amazingly messy night I've ever seen and props to those stage kittens for their hard work!

I'm a fan of neo acts, so I knew I was always going to like tonight, but I was just blown away at just everything the performers put out, it was a level that made me want to be such a better performer, it was inspiring for me and made e want to challenge myself so I can be on that stage next year.

Even though everyone was amazing, I'm making a top 5 of the best performances of the night. Photos

* Clara Cupcakes: Clara took it to a whole new level with a vaudeville-esque act, which used willing men from the audience in a "yard". Clara really has taken spoken word burlesque in her stride after seeing her perform a Barriston sisters act during Perth fringe festival, and it suits her so well, I look forward to seeing her do more like this. Special mention to her cupcake shaped ukelele: it was so cute! 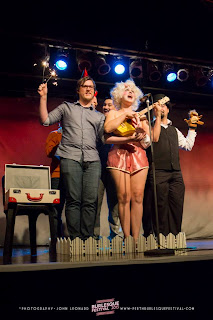 * Sam Williams - Kinetica: He called himself something else on the night, but he really is a showman that guy, he had the crowd going crazy with his antics on stage. Even though the acts were going fantastic, he just amped everyone up even more than what they were, it was a frenzy of excitement! Amazing to watch. 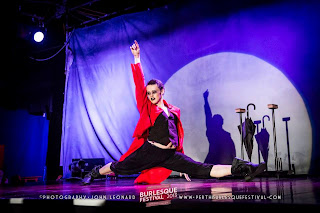 *Ginger Leah Rye: This act I had seen on youtube, but in person and on stage, it was absolutely stellar! Burlesque to a woman reciting Mills and Boons styled Victorian Era love story is completely different to anything I'd seen and the end gag is just an amazing, she came last year as well, and she is so enjoyable to watch! 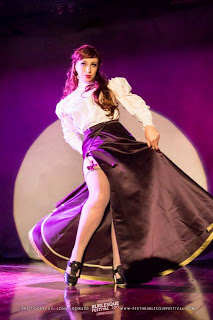 * Johnny Domino: A main offender in the glitter bombing, but his act was completely perfect in every sense, his work to classic 80's songs manages to amp everyone into nostalgia, to just the amount of glitter he shared with the audience just made it a joy to watch and a bitch to clean out later. Top props to this act. 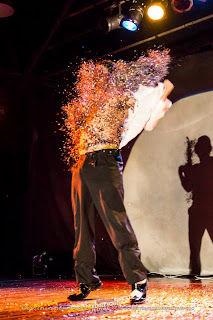 * TASIA: Holy shit this girl is gorgeous, and her Geisha Assassin is as beautiful and as deadly to watch as her performance itself. She was a favourite from last year as well for me and she is like burlesque salted caramel for me, not your usual sweet and always enjoyable to indulge on. 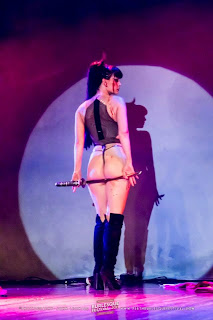 Coming up! My time in workshops part two and my OWN performance at the after party of glitters, garters and tease!