Evening Dazzlers and Dazzler-ettes! So the one thing that has been taking up nearly an entire year for me is over! And it has been the most amazing roller coaster ride most definitely!

My test for me was that I had to get through a heat of 7 amazing women performing two of my routines in order to get through to the finals. I had to do my Classic, but I got to choose to do either my neo or my unique. That was a no-brainer, I did my Steampunk showgirl. But first, we all got to look fab in the gown parade!

The three of us on the right, we literally started together in our first beginners Burlesque dance class at Sugar Blue Burlesque together, we're all so grown up and sexy now! *nostalgia hit*
And of course, me strutting my stuff: 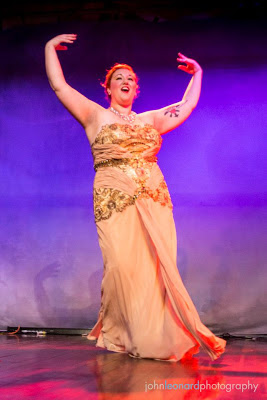 Johnny Domino got to do a farewell act as this years King of Boylesque for WA and then it was on like Donkey Kong in the classics!

Everyone was super sexy during their routines, lots of gowns being flung and lots of fringing being shimmyed! And that was just the first act!
I was really happy with how my classic act went, and it went down a treat with the crowd, which is always good! Here's just one pic before the final reveal: 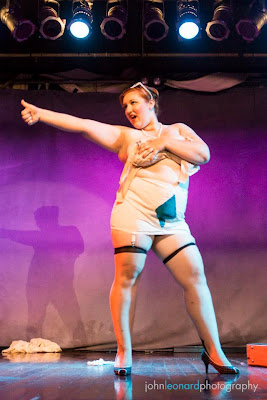 Brief intermission and in we go to the next round! It really felt like the night flew by backstage!
I finally got to introduce The Steampunk Showgirl in all her glory! The routine went off really well, the tassels twirled perfectly, my costume didn't badly malfunction, but I did have problems with it unfortunately.
Here's a shot of the costume and me dancing it all away! 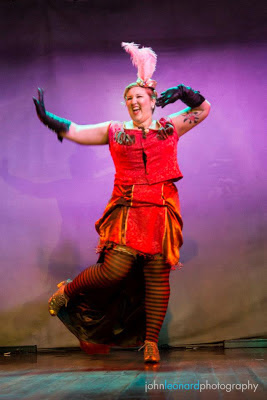 So unfortunately, as many would be aware now, I didn't get through to the final, but I am so grateful for everything that happened and I would do it all again in a heartbeat! I got so much support from the crowd and people who came up and said "you were awesome!" that really meant more to me than you'd think.
That being said, I won't compete next year, so I can keep on working on ideas, teachers and my dancing and be ready for the following year!

So Scarlet O'Harlot, Lulu Liquer, Petra Dish and Vivien Marlowe got through to the finals! Hooray!

Now onto the review of the finals!

There's no pics yet except of the winners, so I'll put that up at the end!

Everyone's classics I found amazing, so many of them were just glamourous on another level that was beautiful to watch!

Neo took it to a whole 'nother level with everyone having a really strong Neo routine and I enjoyed every single one in some way (but I just love Neo routines so I'm biased!)

Favourites for me: Petra Dish's Evolution of the burlesque babe, Sugar DuJore's Dishwasher routine (and my act of the night for sure!), Vivian Marlowe's Tiki girl routine and Vivien Veil's Sexy Dinosaur!

Everyone was so good that they had 7 unique routines instead of five! I gotta say, all of them had such a difference from each other and I could have easily watched a show of all of those together again and again and again....you get the idea!

Favourites for me were: Petra Dish's Weird Science (Always been a fave since I first watched it!), Agatha Frisky's Blindfolded Fan dance (seriously, she takes fan dancing to a different place in such a good way), and Sugar DuJores Sexy Walrus!

In the end though, there was only a top three remaining, the best for the year and they were: 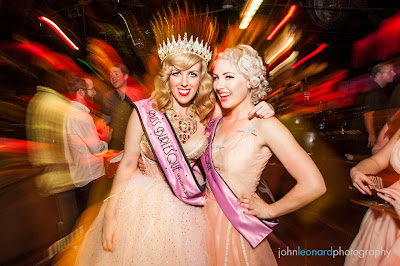 Congratulations to all who competed in the  competition this year, I think we all did amazingly, and the West really knows how to show 'em how it's done! And thank you especially to Mel Bruyer for making this happen. She's going to be producing the Miss Burlesque UK competition too, so if you're reading this in the UK and looking at competing in the comp in the UK, or even going to go watch it over there, you are going to be WELL looked after!

Coming up soon: Work on my routine for May, I've read a few Steampunk books recently that I'm going to give you a review for, and I'm going to delve more into my research of Victorian and Edwardian Era dancing.