I hope you've all been excited watching your social media feeds this last weekend as it has been hot for Burly goodness with the Australian Burlesque Festival on BHoF weekend with the newly crowned Midnite Martini our new Burly Overlord! I loved her feather finger dance she did at last years so to see her win was amazing! I have to say congrats to everyone for filling our community with some really great burlesque this past weekend around the world. You all deserve your wins and the love that goes with it! :)

But now, onto the event that made the 7 year old in me giggle with glee and the adult in me stir with lust: Russall S. Beattie brought his production of Star Wars Burlesque to Perth and the community sang with cheers that such an amazing production finally made it to Perth! We were as ravenous as a Rancor for this and they did NOT disappoint! 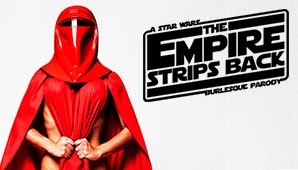 I think the highlight of everyone's evening however was the Big Man himself, and I'm not talking about Darth Vader (that's later on in this blog) your one true overlord, Emperor Palpatine! What I really really loved about the Boylesque in this show was that it just went to the Absurdism level! I love it when an act goes a direction you never thought it would go and it keeps everyone else on their toes. I will never look at Miley Cyrus and "Wrecking Ball" the same way after that routine.

Now I just need to talk about one performer in particular here, the one pretty much most of the Perth Burlesque community has a giant Lady Boner for over here, TASIA! That woman......umfh!!! She is stunning, she is sexy, and she owned the stage whether she was death gripping in latex as Vader, or strangling Jabba the Hutt as slave Leia, She really added a level to the show that was always a pleasure to watch her on stage!

For me I only have tiny quibbles about the show, such as I would've loved with such a great set up that they had during Leia and R2-D2's routine (which btw I LOVED how perfect a prop that was, seriously was that like loaned from Lucasfilm or something? I seriously thought I was looking at a backup one they use for filming or something!) would be having R2 show what he was filming of Leia stripping on screen, but that's me being a perve. I really loved the host, and I liked how sharp he was, even when playing dim-witted "Duke Skywalker", I feel really sad that our night missed the duet that he was supposed to have with Obi-Wan Kenobi due to a technical glitch.

This show seriously brought new levels of excitement and made me want to up my game going forward, it was a high quality show with a high quality ensemble. Stay tuned fans guess what Russall announced last week that he's bringing to Perth soon...... 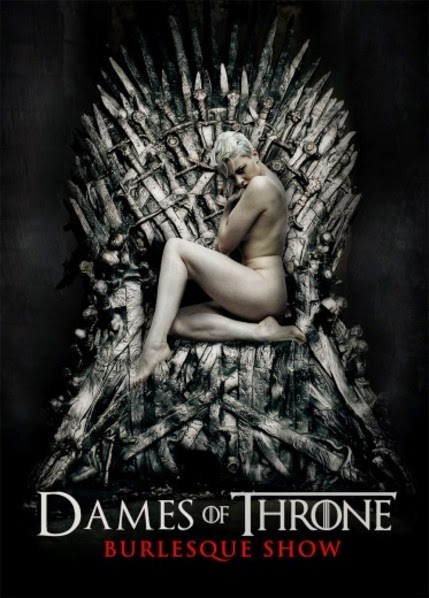 Oh yes fans, The Iron Throne will be coming to Perth with some gorgeous naked women on it! You know I'll be hitting refresh for those tickets!

Coming soon: Dollar Dazzler will be hitting the PIBF stage for a second year running and soon I'll be letting you know what I plan to do in my trip to America and Canada in October!

* I would like to point out that I don't think I know anyone who knew the name of that song up until right then, but it was surprisingly easy to google, education FTW!